Good afternoon to you all this warm and blessed day!

It has been about seven weeks (though it is currently about twelve weeks old now) since my family got our family pet, the Trouble Maker. My mother decided to call him Grover but for the life of me, I really hate the name and she did not even come up with the name herself. Instead, one of the nurses who usually come by to check up on my parents suggested the name and she agreed with it immediately. I wanted to call him Yuno (for my fellow anime nerds who know which Yuno I am referring to 😉) for the longest time but was shot down every time I suggested it which in my opinion is very unfair. I still call it Yuno in secret, though. 😬😬

In the seven weeks we have had him I have never seen a dog that loves to eat as much as this puppy does. Nor have I seen a dog that would put any and everything in it’s mouth and bite almost everything in it’s path as much as this troublemaker. I have gotten my hands and feet bitten so many times by his needle-like teeth that I have lost count. I only have the small bite marks he left in his wake. Not to mention, his nails are also pretty sharp and he never wants to sit still enough for you to file them down.

However, despite its troublemaker ways, it is still as adorable as the first day we got him. 😍

This was when he was just a bit younger… 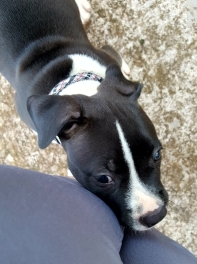 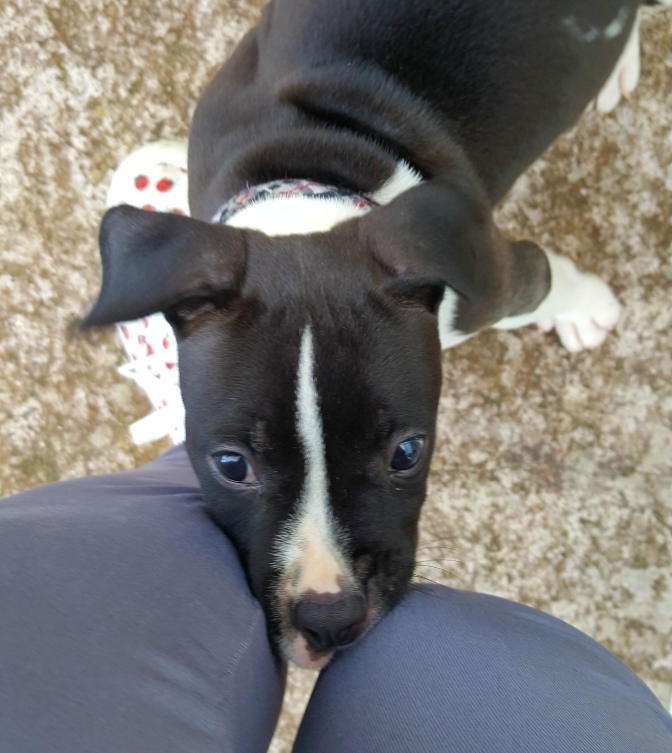 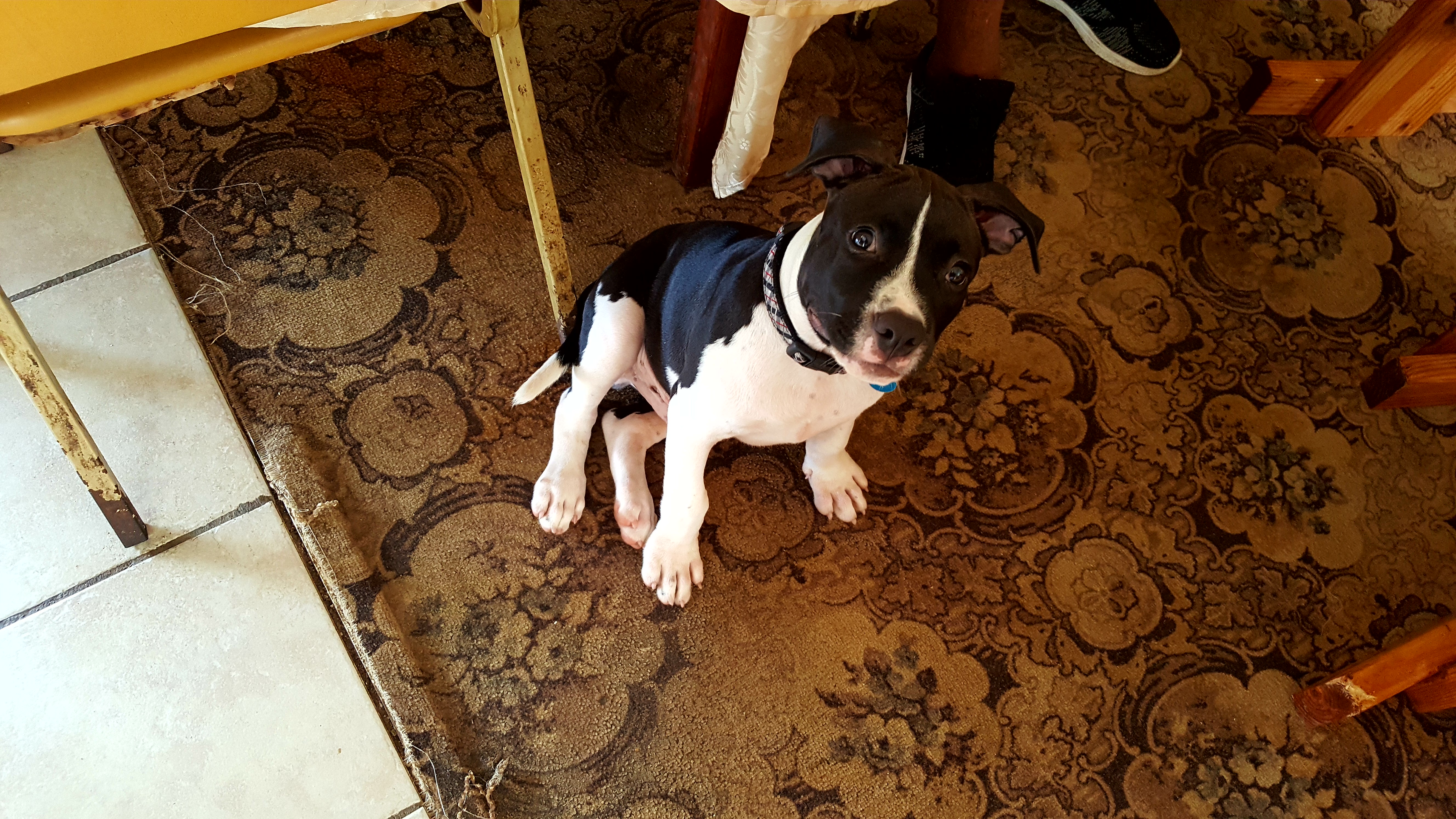 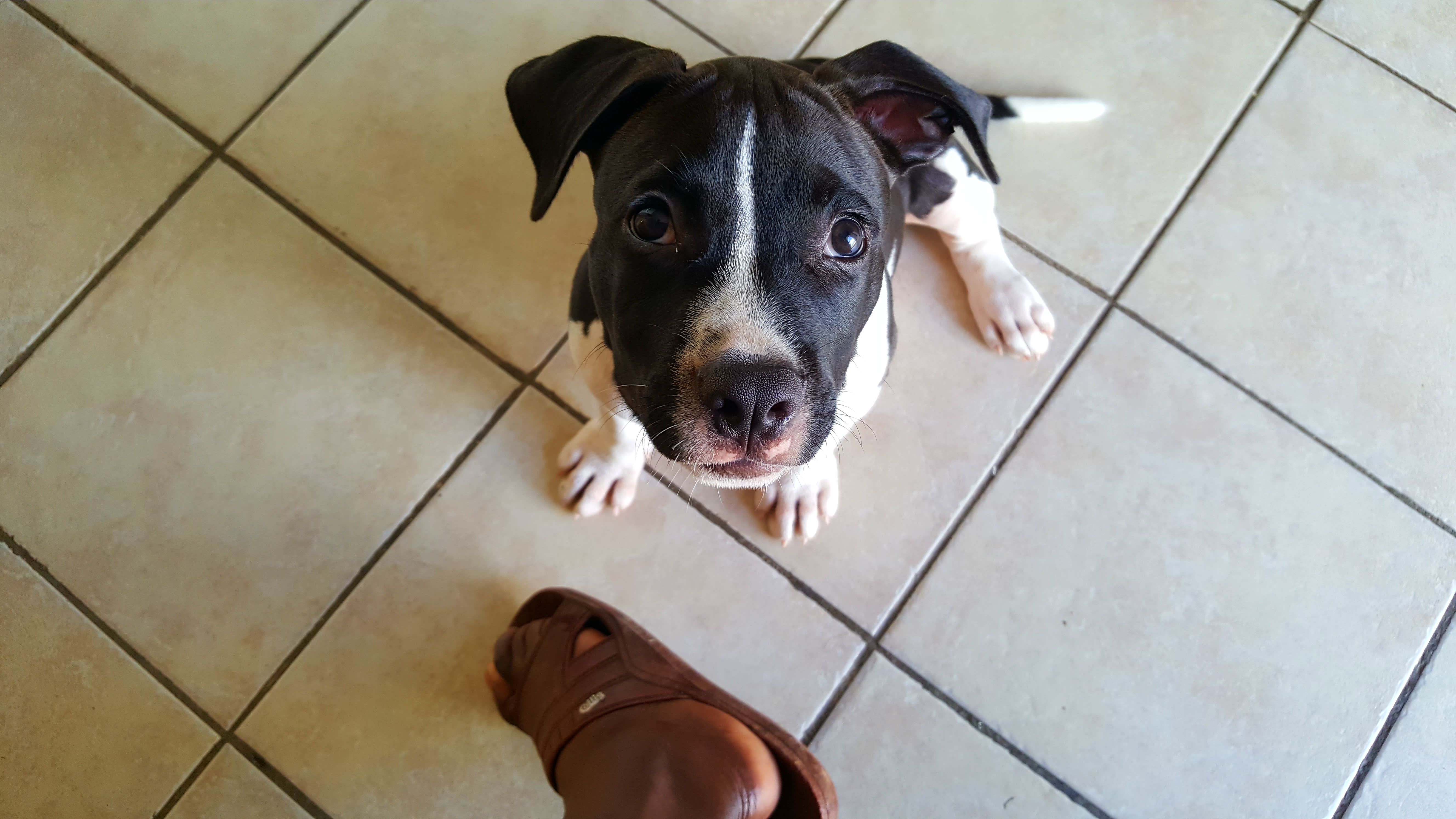