Hello my lovely fellow bloggers, followers and readers. Today is my Writing Related Fridays and so I would like to share with you just a piece of writing taken from one of the novels I have been writing for a while now called the Forlorn One. It probably needs some tuning and tweaking before it becomes the perfect final product but oh well… I hope you like what I am about to share with you because sharing my novel writing is something I rarely do. So please enjoy and feel free to comment your thoughts and opinions below.

Also, please don’t forget to visit my GoFundMe page, gofund.me/angiespicturebook, to help support me with my new children’s picture book project that I would like to publish as soon as I can. Take care. 🙂

I can remember the first time I met my black best friend, August. It was the summer of 1964 when I was just eleven years and heard the news about my father’s unexpected death that I attempted to drown myself. After praying and wishing for about a weeks to see if it was all a lie and if my father would miraculously come back to my mother and I, I later decided to jump in the river to be in heaven with him because I missed him so very much.

Unfortunately, my wish did not come true yet again. I was saved from drowning. The next thing I remember was waking up and puking my guts out of water and come face to face with a very dark skinned boy who seemed about the same age as me. Initially, I was really scared and wanted to run away immediately because my mother had told me to stay away from people like him. She said people like him were bad people and were not accepted although I never really knew why. I sat up wiping my mouth after I was finished puking and looked at him suspiciously.

“Who are you and why are you so close to me?” I stuttered after getting my thoughts together. “Shouldn’t you be with your own kind? What are you doing here?” Though knowing what I said to him was kind of harsh, from the look on his face it seemed to me that it did not phase him in the least.

The next thing I knew I was being hit hard over the head by him. Being shocked at his reaction as I was I yelled “Ow! What the heck did you do that for?”

He shouted back, “Are you an idiot? What do you think you’re doing trying to swim in a river like that which such a strong current? You and your scrawny ass self would obviously end up drowning? If you can’t swim stay out of the water!”

Is that what this idiot thought I was doing, I thought.

“Look you should have just minded your business because I was not going for a swim, dummy.”

“Then what were you thinking of doing?” he asked.

“None of your business.”

“What were you doing?”

None of your business.”

What were you doing?”

“Geesh I said none of your damn business. Can’t you understand proper English or what?”

“If I didn’t understand proper English I wouldn’t be talking to you, now would I? I’m going to ask you until you give me an answer that I’m satisfied with.”

What the hell! This nosy bastard!

“I don’t have time to listen to your crap!” I replied annoyed, “I’m going home.”

However, when I tried standing up I could not get up because I still felt feeble from earlier and my legs felt wobbly like they would give up on me any time. So I sat back down in annoyance. He saw this and smiled a cocky smirk and continued pestering me until I could not take it anymore.

“Fine, damn it! I’ll tell you.” I exhaled before continuing, “I was trying to go to my father in heaven. He died a week ago suddenly and I missed him and wanted to be with him again. Even if it meant dying too…” I replied in a whisper. I was just waiting for him to burst out laughing at me and begin to mock me because I knew how ridiculous it must have sounded to him. However, instead of laughing and mocking me he slapped me hard over the head again.

“Ow! Now what the hell was that for, bastard? Were you not satisfied with my answer?”

“Who would be happy with that no sensory kind of answer? Have you thought how your loved ones would feel.”

“Who the hell are you to be lecturing me?!”

“If I don’t lecture you, it seems no one will, you damn spoilt brat!” As he lectured me he seemed really angry with me even though it was my problem and we were still complete strangers to one another.

“Have you ever thought how your mother would feel if she found out her son is also dead? Not even had enough time to grieve her husband and now she has to worry about grieving for her son too! I’m pretty sure that would kill her.” 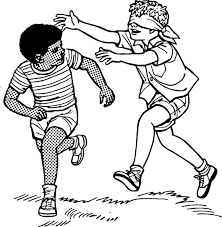 To be honest, those kinds of thoughts never crossed my mind when I was thinking of drowning myself. Now that he was telling me all of this, I know for a fact that my mother would definitely never get out of her grief if both my father and I were dead because she was not an emotionally strong person. She might even commit suicide herself…

“Listen, your life is very important. And yes, I may still be a kid myself and don’t know a whole lot of stuff but I do know that all lives are important. Don’t think about taking your life away like that.” He looked me straight in the eye and continued, “I know it may seem hard and painful now to live without your father because I don’t have one either. But I swear that it will get better… Maybe not right now or next week or next month, but it will get better. Just remember that now that your father is gone it’s only you and your mother. And you need to be the man of the house now in place of your father to take care of your mother. Who will take care of your mother if you’re gone?”

At this point I was really beginning to feel guilty and stupid at the same time but I refused to own up to it. So he’s just like me, living without a father. But he’s been living without one much longer than I have I’m sure…

“I guess that’s enough lecturing for today…” he later said ruffling my head with his hands and with a big grin on his face after a brief silence.

“You think!” I replied ducking away from him so he could not ruffle my hair anymore.

“By the way, my name is August. Nice to meet you.” he said with a smile.

“Oh so you don’t want to tell me your name? That’s fine I guess. I’m pretty sure your relatives told you not to speak to people like me?”

“That’s fine too. I have no hate against you or anyone for that matter. I just want to live a peaceful life.”

The conversation was completely one-sided since it seemed he liked talking a lot but I listened half-heartedly. When I felt like I was strong enough to get up and go home I stood up.

“I think it’s about time I got home.” I said unceremoniously.

“I understand. You must feel a little cold being still drenched as you are and with the sun setting.”

I didn’t reply but I just took a few steps and stopped in my tracks. I did not turn around but mumbled “Just for politeness’ sake my name is Jeremy.” After saying this I continued walking.

“Hmm, Jeremy… It’s not a bad name. Well it was nice meeting you Jeremy. When will we see each other again?”

“Maybe never.” I replied and continued on my way in order to catch the bus to take me back home.

One thought on “The Forlorn One”