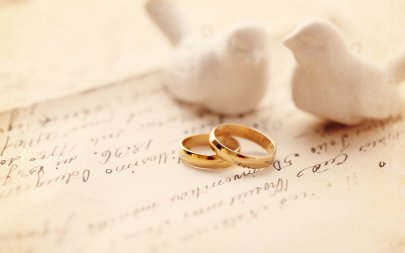 Hello everyone! How are you today? Genki desu ka? I am doing fine. Trying to manage some things in my life while on Saba, but nothing I cannot handle. If you saw my earlier post today it is My Opinion Wednesdays. Last week I went on a little ranted about what gender equality meant to me regarding the #freethenipple campaign where ‘feminists’ are trying to push for women to have rights to also bare their nipples in public just the same as men.

Since I have gotten that out of my system I will be discussing another topic with regards to a man who wants to leave his loveless marriage with his wife and be able to date and love the person of his choosing. Anyway here is the letter he wrote to Christylen, a blogger who I follow and who writes about interracial dating and love:

Hi Cristylen, I’m in a predicament and could use your advice. I’m a 34 year old white male fairly fit. I’m a special education teacher and I’m married with a white woman with a one-year-old son. I love my son and my wife but we shouldn’t have married. I have always been attracted to black women and I don’t have a lot of people that can relate to my problem. My first real relationship was with a black girl and ever since I was hooked lol. I still stay in contact with her. My parents are European immigrants and they didn’t approve of our relationship and forced me to end it. I regret it every day. I’m from Southern California but moved to  Northern California. My wife and I were good friends and we were lonely. She is much older than me and she wanted to have a baby really bad and was told by the doctor that she had a 2% of getting pregnant and low and behold we have our son. I love my son. He’s funny and adorable. My wife was born in 1973 and I was born in 1980. We get along for the most part but we have vast different interests and personality. I have never been attracted to her and she always knew that. She had gastric bypass surgery after being obese and after losing most of the weight she has excess skin everywhere, refuses to have the surgery to remove it, she’s still overweight and rarely exercises. She has a full time job and earns more than I do. She has a lot on her plate and I do help with our son. While studying for my teaching credential she supported me morally and even financially once but I have paid her back. We have a zero sex-life and we’ve been to council in which didn’t help. My parents really like her and I don’t want to disappoint. I also don’t want to break up this marriage which might have a negative effect on my sons life. My wife and I argue more now than ever before. We both go to church which is obviously against divorce. We are suffering and don’t know what to do.

And here is the video that Christylen made to answer his questions:

As you can imagine this may be a difficult situation for most looking from the outside. At the time I probably would not even know how to respond to him. I can only respond with regards to myself and how I think as an individual. Usually I agree with most things Christylen says but this time I cannot agree. My reasons are this:

1. In the video she says for the husband to stay in the marriage for the sake of his one year old son and that he walked into this predicament all on his own. So he must live with his decision until maybe the child grows of age. My take on this is that although I do agree with part of what she said that yes he did walk into this situation himself but if he is in a loveless marriage and you are not attracted to your partner no amount of time or staying in the marriage for your child is going to make you love your partner and it will show after a while in your day to day lives. Especially, if you never were attracted and loved your spouse in the first place. I believe staying would just be too hard on both partners and it will just make them both miserable.

Do not give me wrong. I truly respect marriage and want to only be married once to the person of my CHOOSING and to the person I LOVE and who RETURNS that love wholeheartedly. Not a person staying with me just because we share a child together and to please his parents. I would be the first person to hand over the divorce papers. I only intend to marry once. So I do not intend to marry not a single soul unless our feelings are so strong and mutual that I could not stand not being married to them. Why keep a man or a woman who do not want to be in one only because of the pressures of his parents, society and for the sake of their child.

2. After reading his letter it occurred to me that this man is weak to social pressure. Again, I know he walked into the situation all on his own but that was due all to pressure which made him bend. If enough pressure is applied on most people, they would bend from it too. It’s just that some bend faster than others. It is either that or you have a resilience of steel to not bend to the pressures. Most people do not have that strong will and resilience. I will not judge him because at the end of the day no one is perfect and we all make mistakes. A lot of people cannot fathom the idea of their family disowning them and their friends and community ostracizing them because of their decision to date interracially or coming out of the closet for example. I myself cannot really fathom the idea either but I always want to be true to myself. I have an inclination to also be attracted to other races and my parents already knew that and do not have a problem with it. However, if they did have a problem with it, I would not know what to do. I think that would be a very hard decision for me because no one wants to give up one of the two things that they love most and the two things they hold dear to their heart. No one wants to choose. But on the other hand I do not want to be miserable either.

Also, at the end of the day I would have to be living with, having sex with and having children with a person I was not attracted to and loved just for the sake of someone else.That would be the most miserable life I could ever think of. So I am not sure how the raped victims in certain countries can cope with having to marry their rapist and raise their children together? Although this example is a little on the extreme but that is still just messed up. 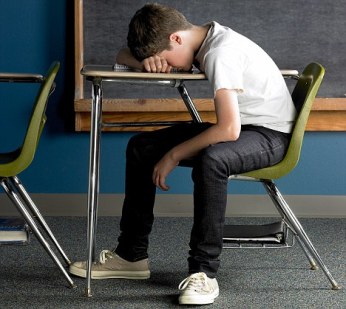 3. Furthermore, I believe the reason of staying in a loveless marriage for the sake of the child is not a valid reason because children can sense that there is no love between their mommy and daddy. I think that would be even more harmful and detrimental to a child instead of parting ways peacefully and keeping an amicable relationship with your partner. Children are not dumb. They see everything. And although they may not know exactly what is going on, they will be able to pick up on the bitterness and misery between their parents. Should a child be in that kind of environment? I think they should not. In my opinion if the husband remains married with his wife for the sake of his son he will end up cheating on his wife and just bring more misery to the home. I wonder how can a child love others when he or she is an adult if they have not seen it being displayed between their own parents. A child sees and learn from their parents.

4. There is such a thing as co-parenting. You can still love, support and be there for your child without HAVING to be married to your partner. Besides the wife can finally find a real man who truly loves her and is not just staying with her for the sake of their son and to please his parents. Well that is just my opinion anyway. At the of the day it will all be his and his wife’s decision. The only thing I did not like in his letter was when it he berated and reproached his wife on her weight. Why did he get with her, marry her and stay with her if he didn’t like her overweightness?

If you would like to view the website where I got my information from go to the link below:

3 thoughts on “Knowing when to stay and when to leave.”