Hello everyone! Did you all have quite a busy week like I did last week? But what happens on Friday makes up for all of that. Lol. I remember that I was kind of complaining on my last post about how very hectic my past week had been. This coming week will also not be any better. Anyway, I decided that I would just walk you through part of my week starting from Thursday, because I do remember saying that I would let you all know how the Rotterdam’s Poetry International event went. So I would like to get straight to the point, if you do not mind.

The event I attended on Thursday was alright, to say the least, but to be honest I was a little disappointed with it all.

I was expecting a little more than what I saw. I was expecting for example to see a lot of my fellow writers, authors and poets attending this event, participating in masterclasses and having the opportunity to promote your work. Also I thought that this event would have been a great opportunity to speak with other writers, exchange information and network. However, what I got was something entirely different. Sure, there were a few selected writers at this event, but it was basically an event where they stood at a podium and read a few of their work to a crowd of onlookers and held masterclasses etc. There were also a few bookstore owners (and others) at the event who were selling their books and accessories to visitors.

So, yes, it was a little disappointing. Or probably I should not have gone with so much expectations, I guess. Expectations ruin everything. Sometimes it is best not to go with expectations because then you will never be disappointed. 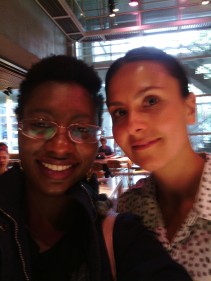 Anyway I asked one of the staff workers working at the front desk if it would be possible to promote my poetry book but they said unfortunately at this event it was not possible. However, the person who I spoke with did ask to see my book and told me to write down my name, email address and phone number on a piece of paper and they would contact me if I could promote my work there in the future. Though, I was not allowed to promote my work at the event I did go around speaking to a few people handed out my business cards and discretely showed them my book. Not much I could do, but anyway.

On Friday afternoon I attended another session from the brand Elegancy101. The invite was for those who may already have a blog or in the process (thinking) of creating one. It was a really nice session and I met a lot of very nice people and exchanged contact information with many of them.

One person that I met who is very interested in music and works at a radio station invited me to the radio station, Chocolate City, to have an interview since they have never had a writer come in to the station before. So it will be broadcasting today at 9 pm Dutch time and the conversation will be of course in English. So if you have the time and want to listen in please do tune in to http://www.stanvasteradio.nl.

And Finally The Weekend 🙂

This weekend I had quite a nice time because I attended an anime convention in The Hague. This was my second time going to this particular convention and my third time going to an anime convention. My very first time was last year. During these past few days I made sure to try and eat as much Japanese style foods as I possible could at the convention. Though, I did not get to enjoy myself as much as I wanted to, because I always ended up going late due to being so busy during the day, and I would have to return home before the last bus left. But nonetheless it was still nice. Here are some picture that I took. 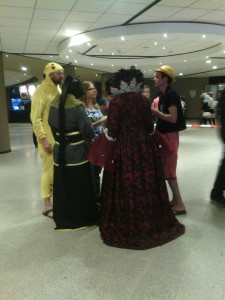 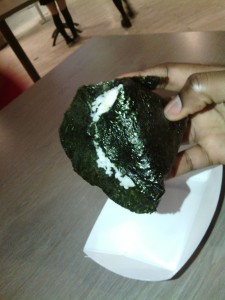